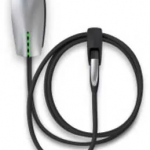 Manufacturers have created several charging stations to support Tesla electric vehicles. These stations utilize unique components, such as a plug that connects the charger to an electrical source.

While EV manufacturers have joined forces with governments all across the nation, there are still limited charging stations in many areas. To combat this issue, EV customers are taking matters into their own hands. They have now decided that the residential Tesla EV charging station is the way to go.

When you buy a Telsa electric vehicle, you receive a free charging cable, which is low-tier. The traditional EV charger is lacking in many ways compared to the Gen 2 and Gen 3. While the traditional charger is sufficient for some motorists, others have decided it is not enough.

The Tesla Gen 2 EV Charger is extraordinary, its flexibility, versatility, and functionality are all much better than the traditional EV charger. It is also better in many ways than Gen 3. For example, the Gen 2 delivers as much as 80 amps of electricity while the Gen 3 is limited to 48 amps.

The Gen 2 may just be ahead of its time because the current charging capability for the electric vehicle, any electric vehicle, is only 48 amps. What was Tesla thinking when it produced Gen 2? Some Telsa fans believe the company has something else in store for its Gen 2.

Gen 3 may not be as powerful as Gen 2, but it does have more eye appeal, thanks to its transparent, glass front panel, compared to the Gen 2’ plastic black or silver front panel.

Gen 3 is integrated with a Wi-Fi module. Unlike Gen 2, Gen 3 is compatible with most Wi-Fi-enabled devices, such as the cellphone, tablet, and laptop.

Many homes in the United States have Federal Pacific Electrical Panels. Homeowners must understand that these panels are dangerous and increase the risks involved. Homes

Tips For Finding The Most Reliable Electrician In Your Area

Have you discovered a terrible electrical problem in your home? This is something can be incredibly difficult to rectify on your own. It takes skill,

All Long Island homes will look better with a new chandelier. This elegant lighting fixture will make your home look much better while also increasing

Residential Electrical Generating An Unusual Humming Noise Residential electrical systems are responsible for generating sufficient electricity to power all the connected devices. What are connected