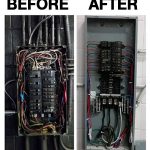 Connected devices are not powered by anything else other than the home’s electricity system. This excludes battery-powered gadgets, like headphones, smoke alarms, cellphones, and radios.

Do not fret; a Long Island licensed electrician is readily available to inspect your electrical system. The inspection should only take about 30 minutes to fully complete. Remain on standby because the inspector will give you the results following the inspection.

Your electrical system will experience problems from time to time. Some problems are rare but others are common. Even if you aggressively maintain your electrical

Tips For Finding The Most Reliable Electrician In Your Area

Have you discovered a terrible electrical problem in your home? This is something can be incredibly difficult to rectify on your own. It takes skill,